Pest Control Companies In Calgary | You don’t have to live with pests in your home or business. Contact us today for expert pest control solutions by trusted and passionate technicians. 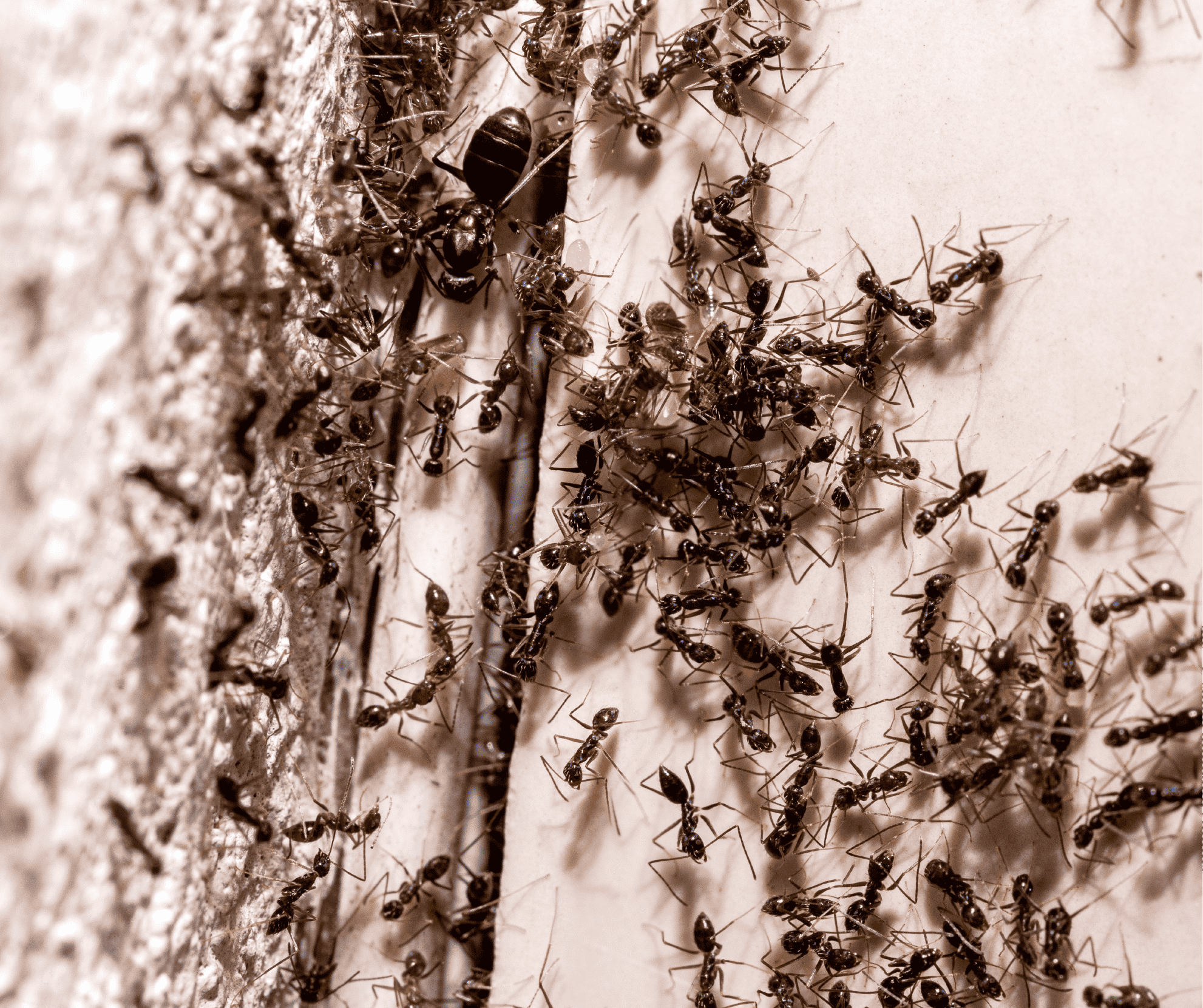 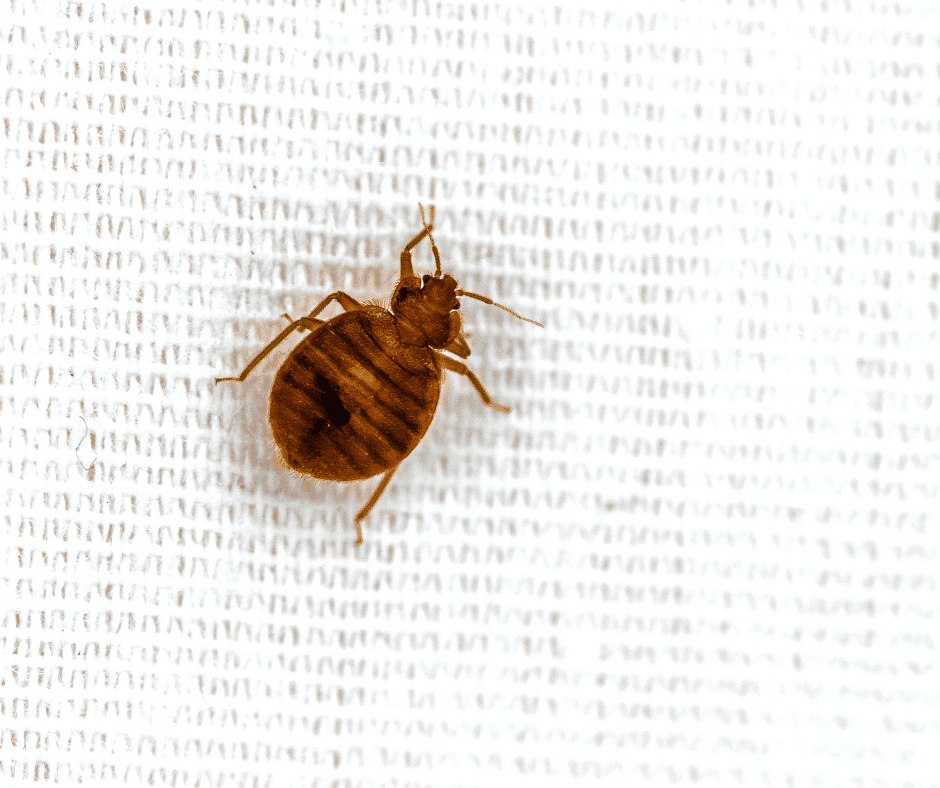 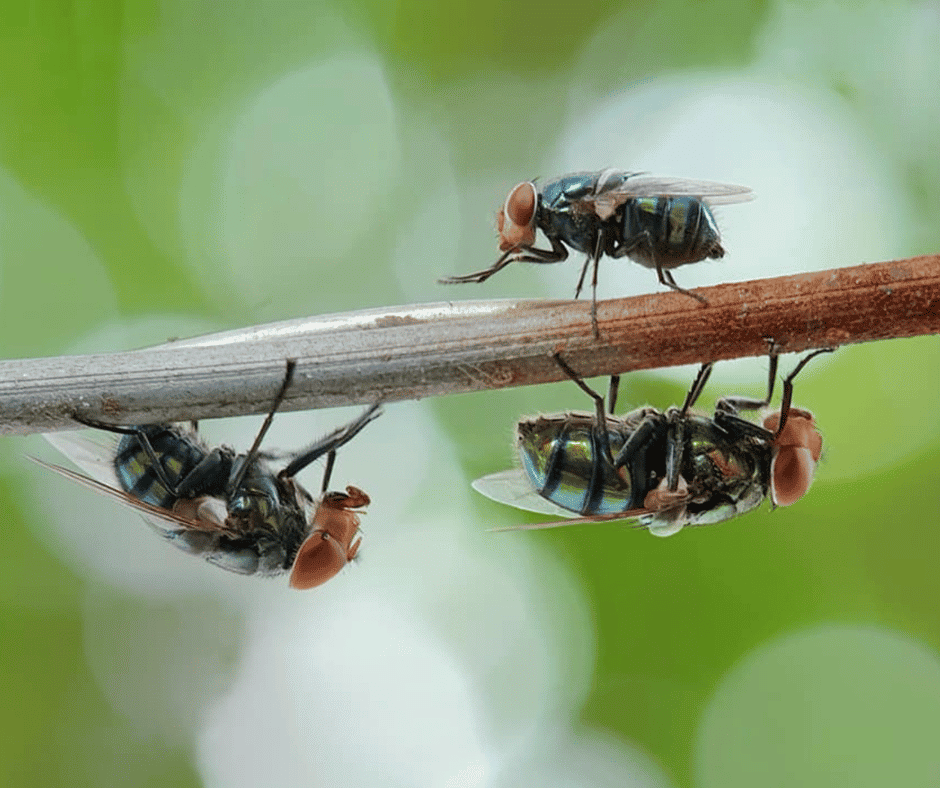 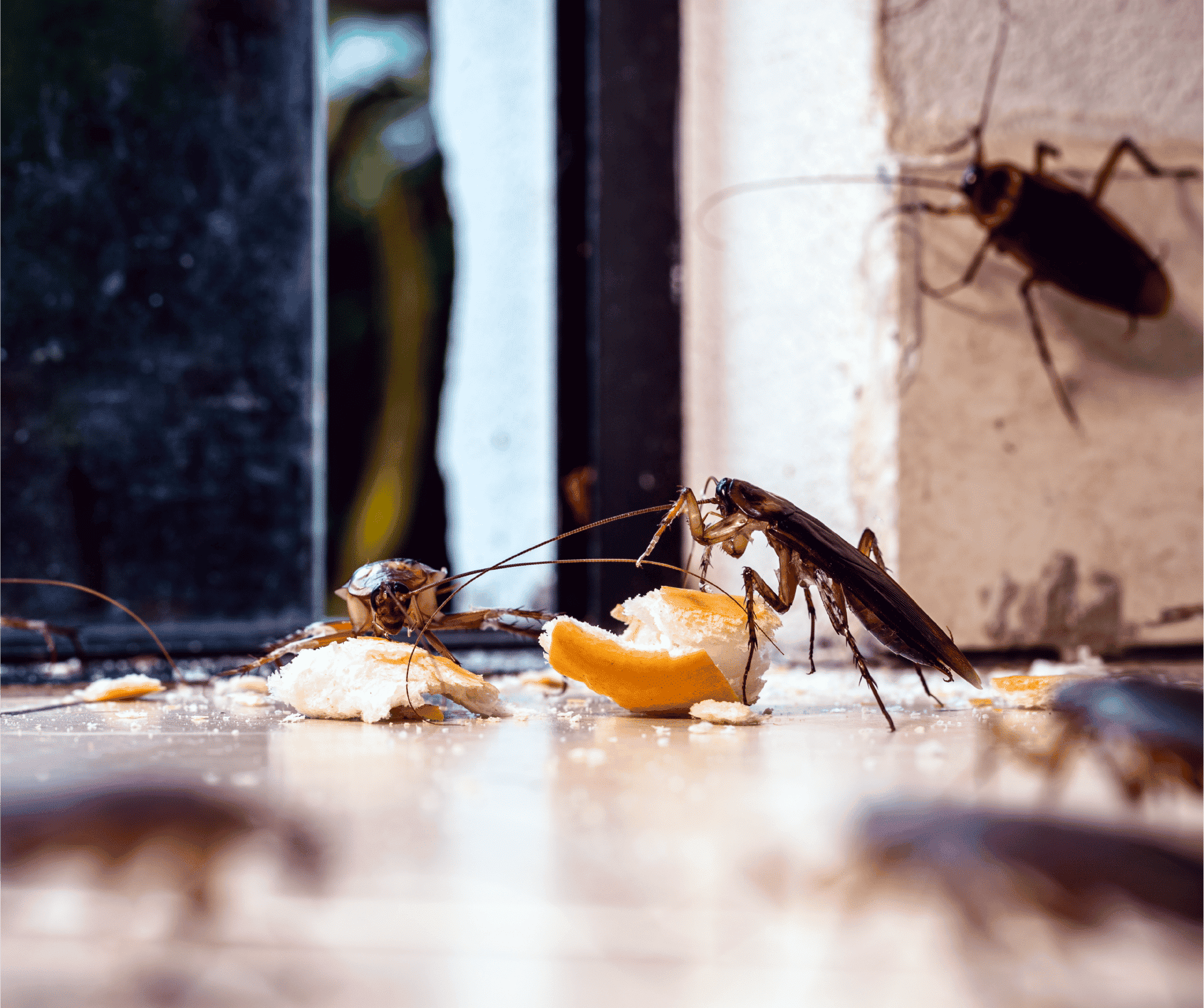 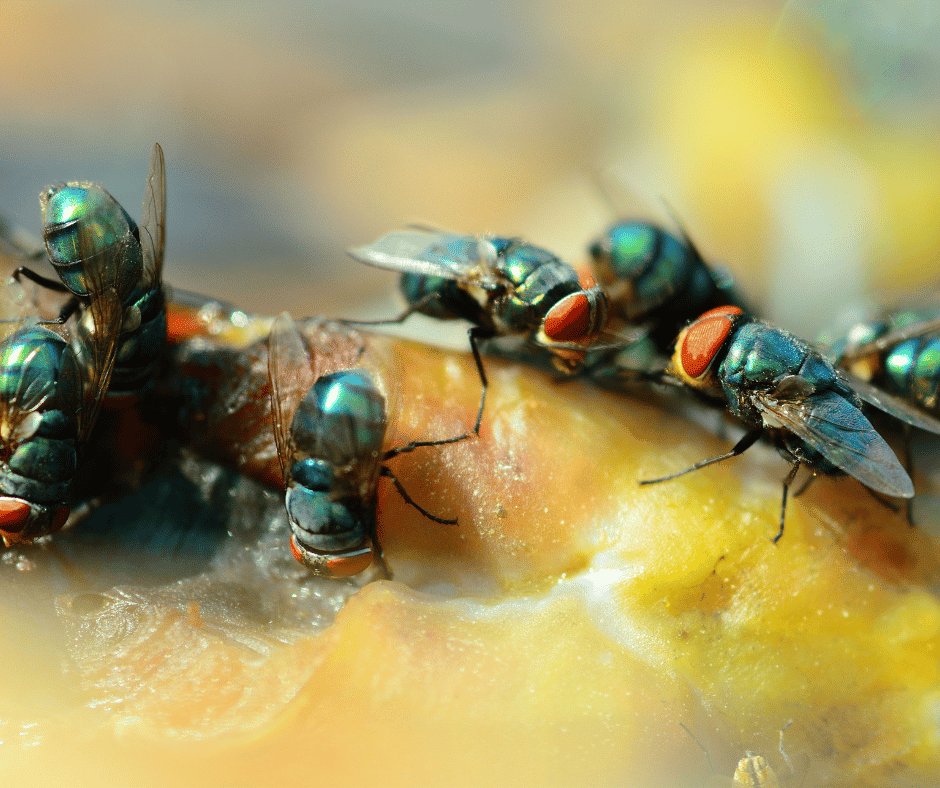 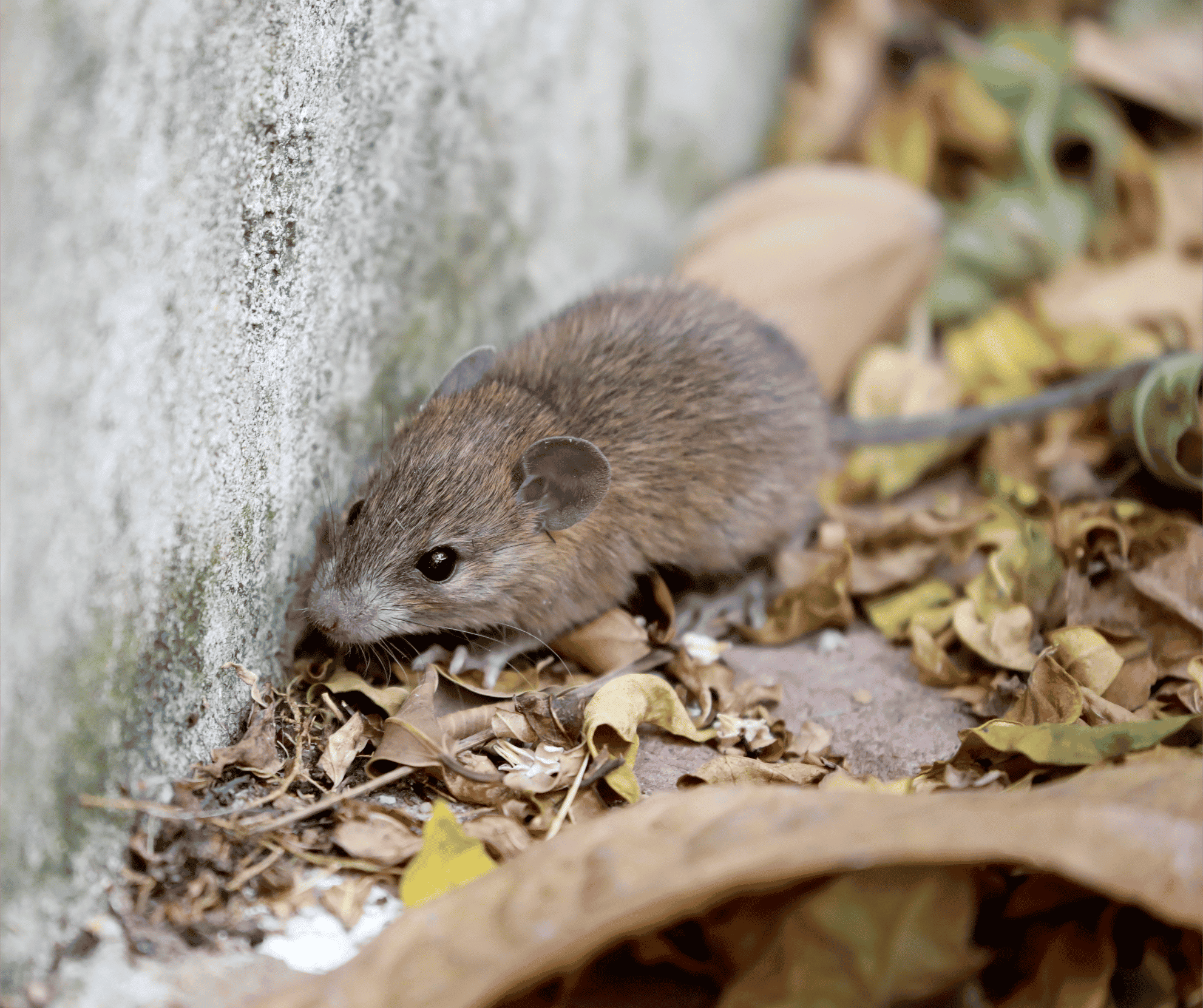 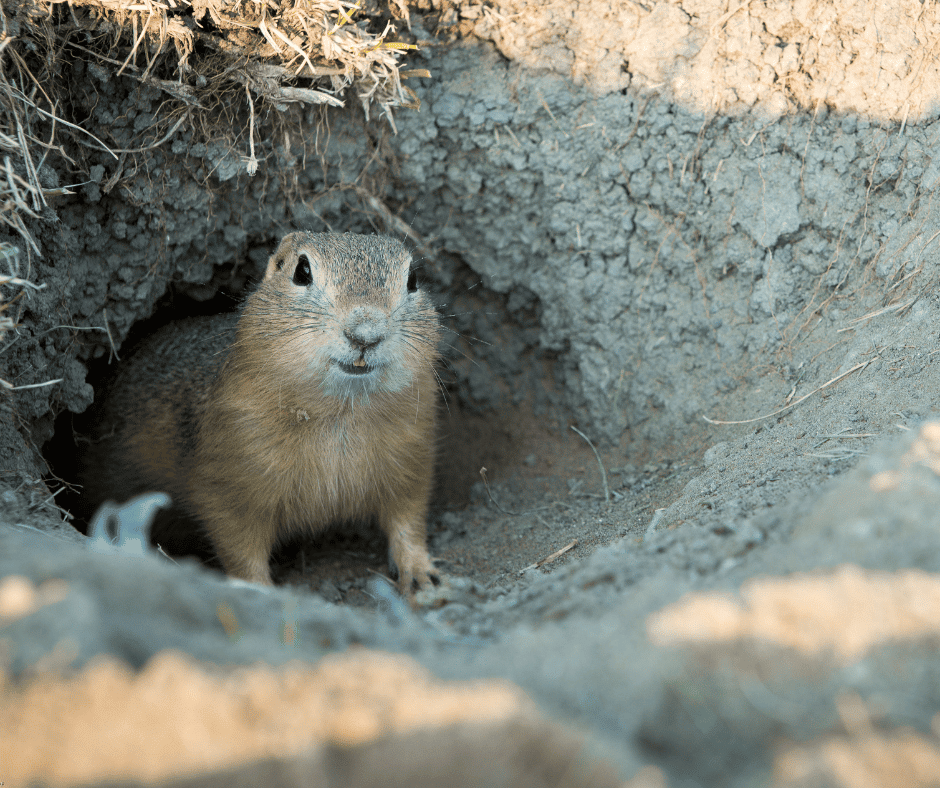 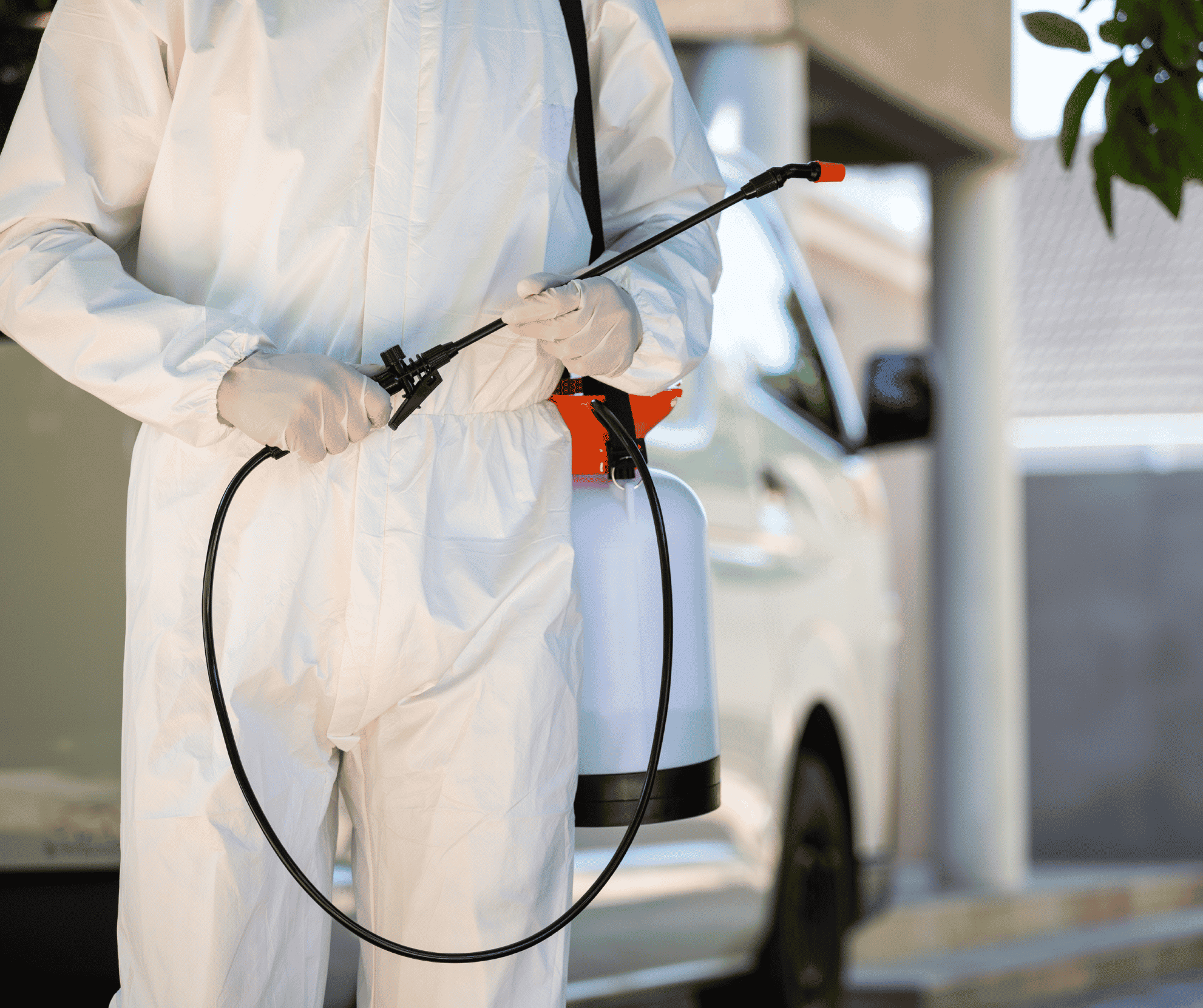 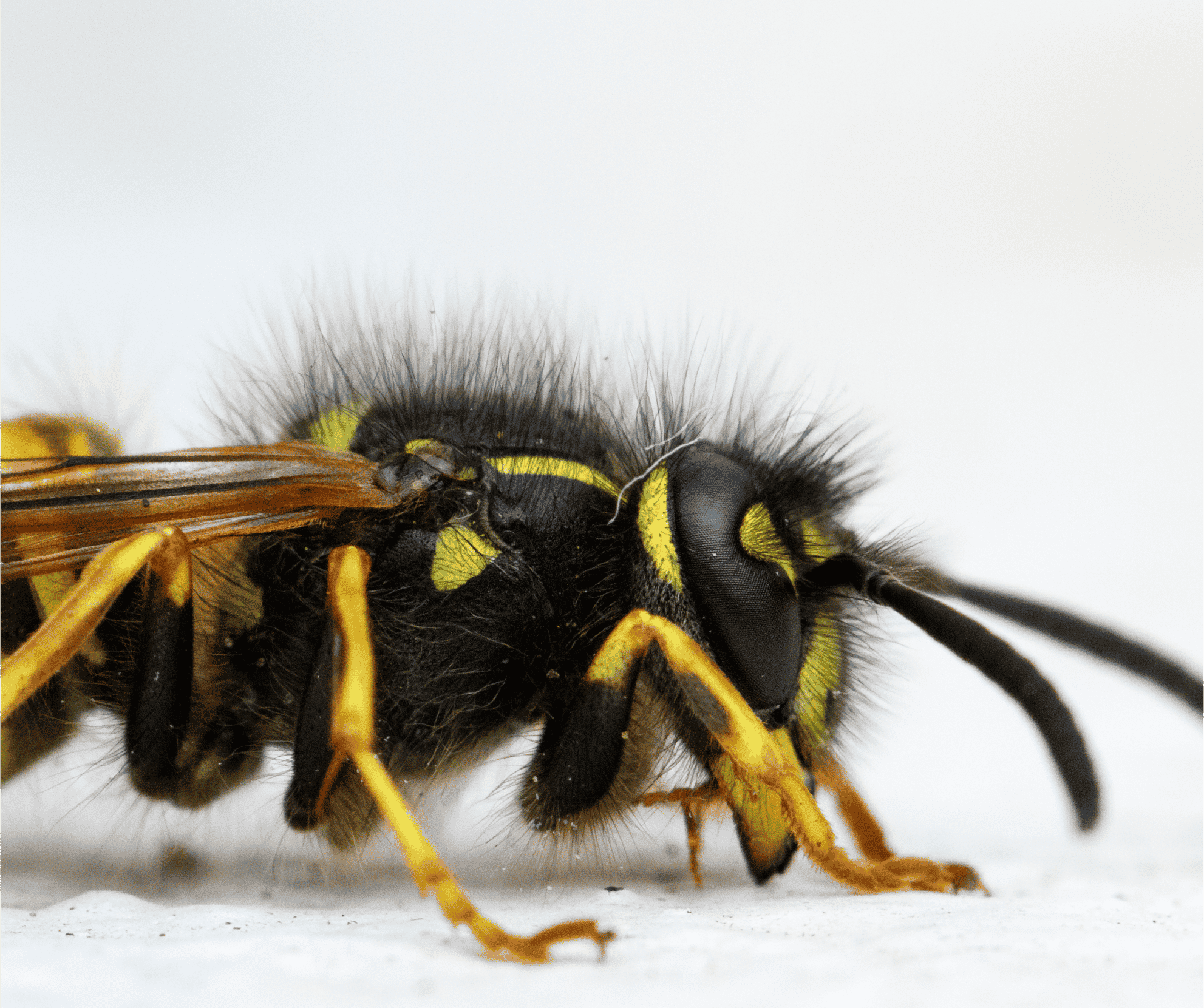 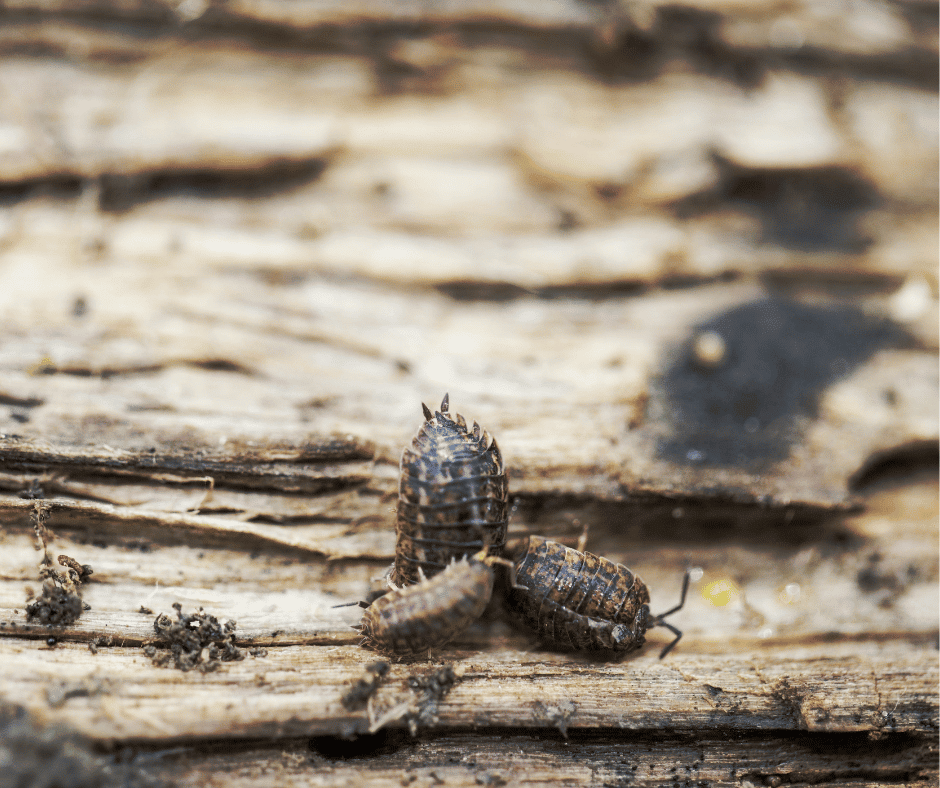 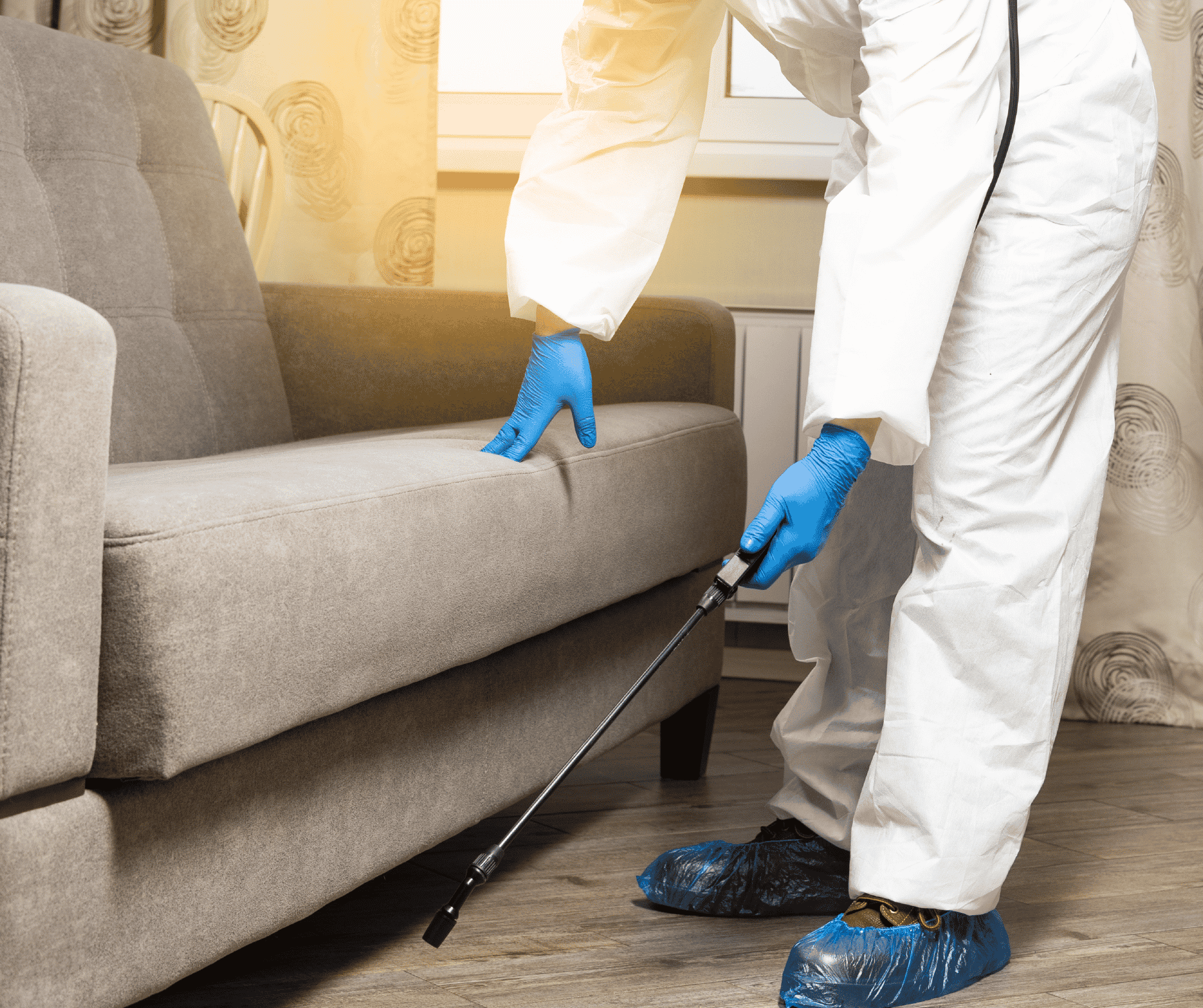 Every pest has its solution. Learn more about common house pests below.

Ants have a complex social structure.  They live in colonies, in underground tunnels, or in galleries in dead wood (home and yard). From time to time, ant colonies will swarm, or divide. Winged males and females emerge from the nest. After mating, the males die, and the females lose their wings and return to find new locations in which to start a new colony (satellite).

The season and weather conditions will determine what the ants are currently feeding on.

Most ants are capable of “biting” or “stinging” people.

The first step in resolving an ant issue is to identify the ant.  This is done through an inspection by one of our licensed technicians.

Each species of ants has different habits and nesting sites. Identifying which type of ant you have will determine what the most-successful treatment solution will be. In most cases, treatment can be administered directly following the inspection.

Bed bugs have made a worldwide comeback over the last five (5) years. Many times people pick bed bugs up while staying in hotels and hostels. It is not unusual for bed bugs to turn up in multi-dwelling buildings such as apartments, townhouses, and single dwelling homes. Where ever there are people are coming and going bed bugs are not too far away.

Adult bed bugs are reddish-brown, flattened, oval, and wingless, with microscopic hairs that give them a banded appearance. Adults grow to 4 –5 mm (1/8th – 3/16th of an inch) in length and are often compared to apple seeds.  Newly hatched nymphs harder to see, as they are translucent, lighter in colour and become browner as they molt and reach maturity.

Bed bugs are normally most active at night; however, they may attempt to feed at other times, given the opportunity.  They reach their host by crawling and clinging.  They do not jump or fly.  Attracted by warmth and the presence of carbon dioxide (breathing), the bug pierces the skin of its host with two hollow tubes. After feeding for about five minutes, the bug returns to its hiding place. The bites cannot usually be felt until some minutes or hours later, as a dermatological reaction to the injected agents, and the first indication of a bite usually comes from the desire to scratch the bite site.

Bed bugs hide in crack and crevices; usually wood (i.e. boxspring mattresses/headboards).  As the population of bugs increases, bed bugs can be found virtually anywhere including, dressers, night stands, behind pictures, in wall voids, in gaps in window and door frames and the list goes on and on.

Elimination of bed bugs requires the expertise of a professional applicator.  Trying to eradicate these pesky creatures on your own is not recommended.

Contrary to popular belief, cockroaches are found in southern Alberta.

There are many different types of cockroaches in North America. The German Cockroach is the most common and is found throughout North America. They are very successful because of their high reproduction rates and that the female hangs on to its egg sack until the last minute, which means a higher survival rate for the nymphs.

The German cockroach is the most prolific breeder among all cockroaches. Each egg capsule can contain up to 40 eggs and development from egg to adult can occur in as little as 45 days. Like all cockroaches, it is omnivorous and will eat virtually anything people will, and many things we won’t. It is recognized by the two dark, longitudinal stripes on the “shield” at the front of the body under which the head is located.

In homes, this pest will first locate itself in bathrooms and the kitchen, as close as possible to food and moisture sources. It spends 75% to 80% of its time resting in cracks and voids. In commercial structures they turn up in restaurants and can be found in refrigerators, stoves, deep fryers, cracks and crevices. Any where there is heat, humidity and a food source.  Their primary food source is decaying organic matter (i.e. garbage).  Sanitation is your number one defense against cockroaches.

Elimination of cockroaches requires the expertise of a professional applicator.

In the summer months household flies seem to be everywhere. They are seen inside buildings, around picnic tables, lunch areas, anywhere we gather and there is food.

Household flies suck liquids containing sweet or decaying substances. Larva feed on moist food rich in organic matter. In the summer months they are found outside in garbage, manure, anywhere there is decaying matter.

The female lays 5-6 batches of 75-120 white eggs on moist manure or garbage. Eggs hatch in 10-24 hours. Larvae reach full size in 5 days emerging as adults about 5 days later. Males live for 15 days, females up to 26 if they have access to milk, sugar, and water.

Household flies can transmit typhoid fever, cholera, dysentery, pinworms, hookworms, and some tapeworms. House Flies are regarded as a greater threat to human health than most other insects.

The key to controlling flies is to remove organic matter and ensure general sanitation. Installing screen doors, and ensuring window screens are in good repair is also a reliable method for keeping these pests out.

The house mouse and the deer mouse are the two most common mice found in Southern Alberta.

Mice enter buildings causing destruction in many ways. They can scurry up rough vertical walls and even pipes. They gnaw holes in walls, floors, and baseboards. Mice are known to chew electrical wire. Their droppings contaminate surfaces, and they get into kitchens – contaminating and destroying food.

The easiest way to distinguish the house mouse from the deer mouse is that the deer mouse has a white belly and white feet. The deer mouse is a carrier of the Hantavirus. Mice have several litters of young per year. The gestation period is 21–24 days. A small infestation can get out of control very quickly. Mice feed heavily on weed seeds, insects, household garbage, and food found in our kitchens. Mice are nocturnal.

There are several different treatments to eliminate mice.  This process can be difficult and may require the services of a professional applicator.  Exclusionary methods are preferred, as they reduce the likelihood that mice will be introduced to your dwelling.

Although it is not a large component of our business, we do offer solutions for spiders. Common spiders that we treat include the Wolf spider and Daddy Long Legs.

We recommend having one of our technicians come out to perform an inspection and at that time recommend the best course of action for your situation.

Most treatments for spiders can be done immediately following the inspection.

Bumblebees, while sometimes troublesome, are primarily a beneficial insect (pollinator).  For this reason, we do not always suggest chemical treatment unless the homeowner has severe allergy concerns or the insects are in an area where human activity causes conflict with these pests, such as a child’s play structure.

Yellow jackets and wasps are often aggressive and troublesome as they seek harboured spaces under decks, steps and sheds, often within close proximity to dwellings.

An inspection is not usual required and treatment can be done immediately – preferably during the morning or evening hours, when there are more wasps present in the nest.

Woodlice are land crustaceans also called sowbugs, pillbugs, or potato bugs. Woodlice are small crustaceans with oval bodies when viewed from above. Their back consists of a number of overlapping, articulating plates. They have 7 pairs of legs, and antennae which reach about half the body length. Most are slate gray in color, and may reach about 15 mm long and 8 mm wide.

The presence of Woodlice or pill bugs in the living quarters of a home is an indication of high moisture conditions. This condition will also contribute to a number of other problems including mildew, wood rot and a good breeding environment for other insects. With increased population of these bugs, treatment can be provided and other recommendations will be suggested to help reduce recurrence. 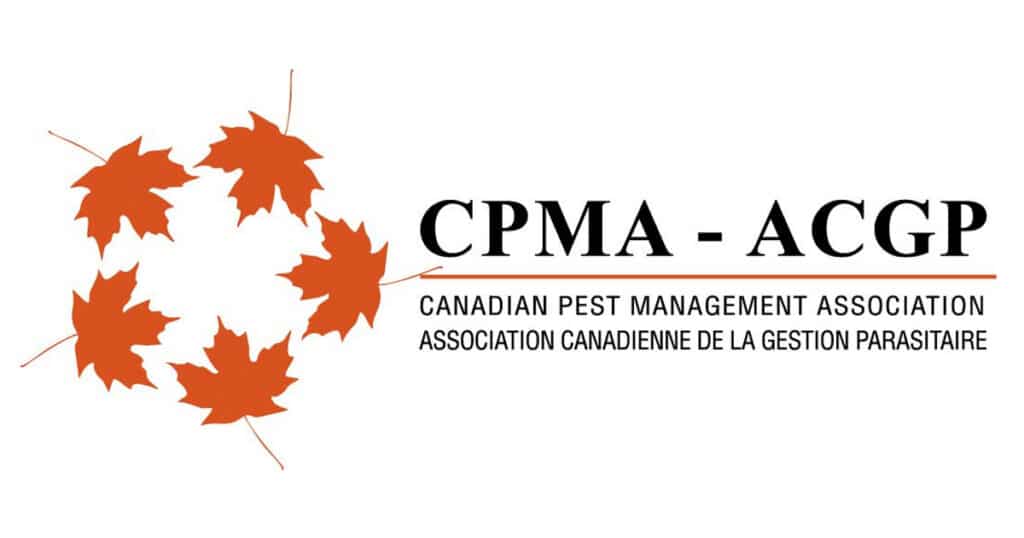